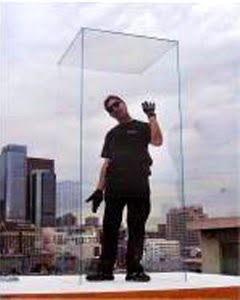 Kevin Bilida, the owner and founder of TLC, had a vision of bringing high-energy excitement to events and his initial success with Music Unlimited's touring multimedia shows expanded throughout the Pacific Northwest and became well known as the successful Talking Laser Company. TLC moved headquarters to the Los Angeles area and immediately became the top laser effects provider to the Hollywood film, TV and music video worlds, as well as bringing high-quality laser entertainment to corporate events.

TLC’s expertise with lasers and live special effects for live events, and for the cameras, took the team to international attention, raising the bar in the ‘90’s and 2000’s, and boosting TLC’s expansion with all types of effects and technical production. Xylobands. LED wristbands, are creating new, immersive experiences for audiences. Events, shows and exhibits from Vegas to Europe and the Caribbean, from India to Tokyo, TLC has a versatile slate of international business.

TLC integrates new technologies and new ideas into productions of all kinds.

Bringing dynamic and astounding visual moments to life is what TLC does everyday.

• Sports events around the world turn to TLC for innovative shows; like the Knicks LED custom-costumes, dancers of animated light, and for the wildly popular innovation in live entertainment; Xylobands LED wristbands.

• Lakers games at the Staples Center in Los Angeles have been home to TLC’s incredible cylinder drop screen video 360 shows, invented and designed by TLC. Over 600 live performances of this unique video reveal show fills the arena with huge excitement every time, then disappears away!

• Special effects for Coldplay, on tour and on television, Jennifer Lopez's tv performances, bringing fire to Lady Gaga, floating money over Whitney Houston, and lifting Shania Twain Up over the Super Bowl, TLC generates iconic and unforgettable images and moments.

• 40,000 streamers launched across the entire Angels stadium at the climax of the World Series!

• Usher’s ‘Yeah’ video became an international phenomenon as TLC’s aerial laser beams highlighted the dancers performance and launched a rebirth of laser effects as an amazing environment like no other.

• TLC’s site based entertainment creation includes multimedia and special effects shows customized to theme and logistics, like a recent Aladdin show that featured multiple water screens and fountains, and a rotating sphere of video above a pool.

• A glass performance case designed by TLC held beautiful singers and models, as actual flames burst all over their exposed (but safe) bodies, creating live visual effects like no other with custom engineered genius is just part of TLC’s ability to design and deliver special impact.

* Top nightclub and resort installations from Los Angeles and Hollywood to Miami and Cancun are using TLC’s expertise for unique L.E.D. Effects and for fog blasts and atmospheric effects.