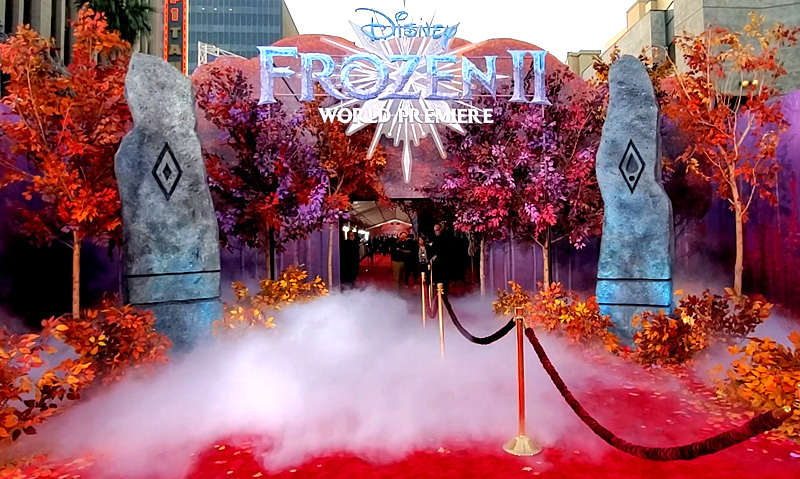 The Frozen 2 premiere at the El Capitan Theater in Hollywood on November 7, 2019 featured a spectacular set for the meet and greets for fans meeting characters from the movie in a ‘magical’ environment. The red carpet event used colorful backdrops and 3D displays, and included low-lying fog effects provided by the live special effects team at TLC Creative Technology.

TLC is known for live events technology including cryogenic effects, pyrotechnics and for new LED light FX, and designed and built the 360 screen-drop and reveal show that precedes every home game of the Los Angeles Lakers at Staples Center, The projection mapped shows surround the fabric cylinder, creating a large image impact for every fan in the venue. 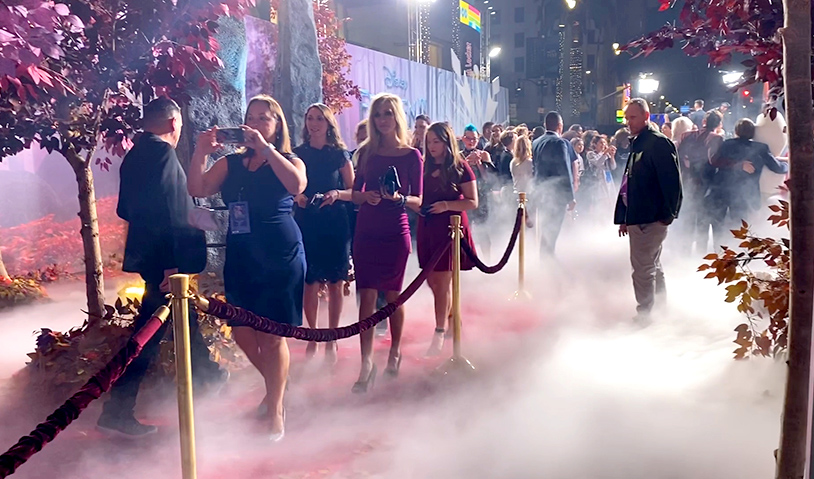